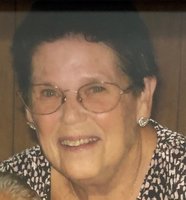 Anna L. (Shelton) Brooks, age 87, of Upland, PA, died peacefully with her family by her side on Monday, September 16, 2019.  Anna was a graduate of Chester High School.  She enjoyed crossword puzzles, putting puzzles together and she was an avid reader.  Most of all, Anna was devoted to taking care of her family and her home.

Funeral Service: Friday, September 20th at 11:00AM at the funeral home.