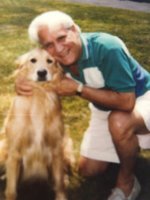 Frank Siermine, age 93, of Media, PA, passed away on Wednesday May 20, 2020. Frank was born on April, 9, 1927 to Carmen and Margaret Siermine in Southwest Philadelphia. Frank was 17 when he joined the Coast Guard in 1944, assigned to the USS DearBorn Patrol Frigate, patrolling the North Atlantic to protect the allied warships against German submarines. Frank followed that service by joining the Marine Corps in 1948. Upon leaving the military, Frank began a long career as the consummate salesman, his quick smile and warm demeanor serving him well as he rose to the level of regional General Agent for the Knights of Columbus Insurance. A talented musician, he began in the Marine Corps Marching Band, and led his group, the Frank Sherman Trio for many years playing trumpet and bass fiddle in clubs and as a wedding band, and was also featured on the Edie Huggins show in Philadelphia. He is survived by his loving and devoted wife of 28 years, Anne Marie, his three children; daughter Joyce Chagnon and her husband Dave and their daughter Eve Mrozek, son Frank Siermine and his wife Angela, and their daughters Liza and Gina; and son Jim and his children Jimmy, Samantha, Nicolette and Anthony. He will also be keenly missed by his three sisters, Tony, Terry and Louise and many loving nieces, nephews, and their children. He was predeceased by his parents and his brother Carmen. Frank will be remembered for his love of music and lively debate and his easy laugh, and he will be dearly missed. At this time, arrangements are being held in private by Minshall Shropshire-Bleyler Funeral Home, Ltd. If you would like to make a donation in Frank’s name, the family has selected Support the Delaware County COVID-19 Response Fund at www.delcofoundation.org.