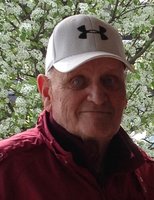 Charles (Cuzzy) Warren Rowles, Sr., 87, of Eddystone, PA, passed away on Monday, September 28, 2020 at his home in Eddystone, surrounded by his family. Cuzzy was born in Eddystone to James S. Rowles, Sr. and Mary R. Rowles (Knight) on January 17, 1933. He went to Eddystone High School and graduated in 1952, then he went to work for Eddystone Printworks. In 1957, he served Eddystone Borough as a police officer for 5 years. He went on to work for Belmont Ironworks and then from 1966 to 1998 he worked for E.I. DuPont as a Material Handling Coordinator for the Research and Development Division. He enjoyed watching and playing golf and playing cards with the Delco Pinochle League at the Polish American Club in Chester. Cuzzy also played the PA Lottery religiously. Loyal to his Eddystone roots, Cuzzy served as a councilman for 20 years and also served as mayor. At the time of his death, he was the longest lifetime living member of the Eddystone Fire Company and was a member of the Eddystone United Methodist Church. Cuzzy is survived by his wife, Barbara (Lucas), his son, Charles W. (Maryadele) Rowles, Jr. and his daughters, Debra (Lou) Sitaras and Mary Rowles-Lynch. His sister-in-law, Ruth Rowles. His grandchildren, Matthew (Nikki) Rowles, Megan (Matthew Bayes) Lynch, Tori Lynch, Shawn (Heather) Sitaras. Great-Grandchildren, Samantha, Matthew Jr., and Andrew Rowles and Cassandra and Robert Sitaras, and many nieces and nephews and grand-dogs, Jackson and Sophie. He is preceded in death by his father James S. Rowles, Sr. and his mother, Mary R. Rowles (Knight), his brothers: Harold, Leonard (Mary), and James Jr. and his Aunts, Mary Carter and Dorothy Jensen (Clifford). Visitation: Friday, October 2nd from 9:00-10:15AM at the Minshall Shropshire-Bleyler Funeral Home Ltd, Middletown (Rte. #352) & Knowlton Rds., PA 19063. Funeral Service: Friday, October 2nd at 10:30AM at the funeral home. Entombment at Lawn Croft Mausoleum. In lieu of flowers, memorial donation may be made to Eddystone United Methodist Church, 9th & Saville Ave Eddystone, PA 19022 and/or Eddystone Fire Company, 1112 E. 7th Street Eddystone, PA 19022. Please remember that mask are to be worn.