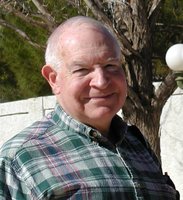 Phil Hoffman, age 91, passed away Saturday, January 2nd, while residing at a rehab facility in Exton. Phil grew up in Wallingford, PA, attended Media Friends School Elementary, Nether Providence H.S. (now Strath Haven Middle School) and is a 1947 graduate of Westtown School. He graduated from Bucknell University with a degree in Mechanical Engineering, Class of 1952, and played the sousaphone in their marching band. Phil was the youngest son of Ruth and Wray B. Hoffman, and brother to Don Hoffman, Marjorie Kerr, and Dick Hoffman, who predeceased him. Married in 1965, he and his wife, Valerie (Fallon) Hoffman, lived in Upper Providence Township for 43 years. In 1946, at age 16, Phil applied for seaman's papers allowing him to work on a freighter during the summer. Bound for Germany, he tended to the 700 horses being transported to farmers after WWII to help them tend their crops and plow their fields. Following graduation in 1947, he served as a crew man on a Sunoco tanker working in the engine room and as a deck seaman loading oil from the Gulf of Mexico to bring back to the states. He later said that these life changing experiences were instrumental in igniting his love of boats and the sea. As a bachelor, Phil divided his spare time between skiing with the Buck Ridge Ski Club, sailing his 36 ft. boat "Stormalong" and singing with the Men of Rose Valley and the Rose Valley Chorus. As a husband and family man, he enjoyed concerts, theater, travel and spending vacations at the Jersey Shore, Puerto Vallarta and Riviera Maya in Mexico. Phil's business career included 31 years with Westinghouse Electric in Lester, PA, where he was the principle designer of steam condensers for power plants in the Heat Transfer Division from 1952 to 1983. When the company relocated to Florida, he went to work for NAVSSES (Naval Ship Systems Engineering Station) until his retirement in 1996. Thirteen years later, in 2009, he and his wife moved to Maris Grove, a continuing care retirement community in Glen Mills. Married for 56 years, Phil and Valerie devoted their leisure time to performing with the Rose Valley Chorus and Orchestra, a semi-professional music theater group where they first met, and where both Phil's parents had previously been active participants in the 1930s and '40s. Phil twice served as Treasurer and for 8 years was also the Chairman of Set Construction. In 1976 his young children also appeared on stage making it a 3 generation tradition. After graduation from college, his daughter, Heather, rejoined as an adult and appeared in many future productions. In addition to being life long members of Rose Valley Chorus and Orchestra, Phil and Valerie sang together in multiple choral groups including: Delaware County Community College Chorus (with whom they sang their way through 18 countries in Europe), the Mary Green Singers, the Sunshine Singers, The Brandywiners Chorale, the Sunshine Singers, the Maris Grove Chorus, the Middletown Presbyterian Church Choir, and the Westminster Presbyterian Church Chancel Choir In West Chester. Ode to RVC: They met in the chorus, many years ago, He a second tenor, she the new soprano. They married 2 years later, the rest is history. They sang their way through 5 decades of domesticity. Phil was a quiet, modest, gentle, man -- patient and soft spoken, who rarely raised his voice or lost his temper. Truly devoted to his family, he enjoyed puttering around the house fixing and repairing things. Give him a project to do and he was content at his work bench in the garage for hours on end. Children: Heather Hoffman Kriesman of Cherry Hill, NJ; Keith MacCollin Hoffman of Carrollton, TX; and R. Craig Hoffman (Laura) of Bethel Park, PA. Grandchildren: Adam, Joshua and Noah Kriesman; Trevor Hoffman; Garrett, Molly and Victoria Hoffman. Graveside Services will be Friday, January 8th at 2:30PM at Middletown Presbyterian Church Cemetery, 273 S. Old Middletown Rd., Media, PA 19063. Donations may be made to: *Rose Valley Chorus and Orchestra, Box 414, Media, PA 19063 *Maris Grove Resident Care Fund, 200 Maris Grove Way, Glen Mills, PA 19342 *Westminster Presbyterian Church, 10 West Pleasant Grove Rd., West Chester, PA 19382 *Middletown Presbyterian Church, 273 S. Old Middletown Road, Media, PA 19063