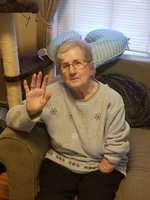 Barbara A. (Basquill) Phillips, age 81, of Eddystone, PA, formerly of Chester, PA, died Friday, February 12, 2021 at Riddle Memorial Hospital. Born in Philadelphia, Barbara had been a resident of Brookhaven and Chester, before moving to Eddystone, PA. She was a graduate of Notre Dame High School, Moylan, PA, Class of 1958. Barbara had been employed by the family business, Parkside Auto Parts and later, by NMP Corporation as an office manager, until she retired in 2010. Barbara had been a past secretary for Penn Forest (TCL).

Funeral Service: Tuesday, February 23rd at 11:00AM at the funeral home.

In lieu of flowers, memorial donations may be made to: Providence Animal Shelter, 555 Sandy Bank Rd., Media, PA 19063.