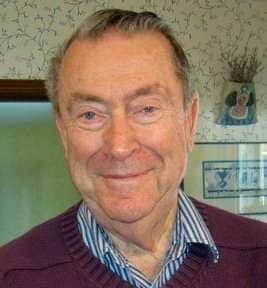 Charles J. Hanna, age 88, of Middletown Twp., Media, PA, died Wednesday, August 28, 2019 at Riddle Memorial Hospital.  Charles was born in Youngstown, OH, and had been a resident of Middletown Twp. for 50 years.

Mr. Hanna was a graduate of Youngstown State University and later attended Case Western. He was a Veteran of the U.S. Marine Corp.

Charles was an active parishioner of the Church of St. Frances De Sales, where he served as a lector. He was also a volunteer for the Delaware County Literacy Council.

Most of all, he was a devoted husband, father and grandfather.

Funeral Mass: Tuesday. September 3rd at 11:00AM at the Church.

Interment in the adjoining church cemetery.

Share Your Memory of
Charles
Upload Your Memory View All Memories
Be the first to upload a memory!