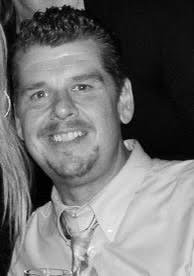 Jim was born on March 19, 1966 to Michael and Diane Peper who survive him. He was a member of The Lighthouse “A Baptist Church” in Lewes, DE.  In his younger years he Pastored Wachusett Valley Christian Church in Holden, MA and New Beginnings Baptist Church in Toughkenamon, PA. Jim was the high school basketball coach for many years at American Christian School in Aston, PA, and later became the school’s Athletic Director. In his free time, he enjoyed Fantasy Football, NASCAR, flying drone helicopters, and was a Minnesota Vikings and Philadelphia 76ers fan. Jim was known to be hysterical and tell a great story. He idolized his four grandchildren. He will be remembered as a wonderful son, father, grandfather, brother, uncle and friend and will be dearly missed by all who knew him.

In addition to his parents, he is survived by two sons, Jim Peper (Laura) of Millsboro, DE; Brandon Peper (Emily) of Lynchburg, VA and a daughter, Madison Peper of Worcester, MA. Also survived by three sisters, Cheryl Ecton (Bob Olivieri) of Mullica Hill, NJ; Vicki Conteh (Abdul) of Glen Mills, PA and Jill Rawls (Ken) of Galion, OH. He also leaves behind four grandchildren, whom he adored, Rylie, Micah, Noah, and Isaiah Peper, along with seven nieces and nephews.