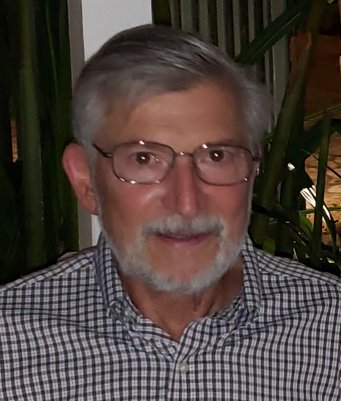 Dennis Schmidt, age 73, of Frisco, NC, formerly of Berlin, NJ, died on Saturday, July 17, 2021 at home with his wife Andrea. Den was born December 12, 1947 in Philadelphia, PA, and grew up in Barrington, NJ. Den has multiple Master's Degrees.

He was a US Marine Corp Veteran, serving during Vietnam.

Den was a school teacher and Vice Principal in Merchantville, NJ.  After leaving the school district, Dennis became a labor relations negotiator for NJ school boards. He ended his career as an independent consultant for school boards across the state.

Dennis was an avid skier and once retired spent the majority of the winter months in New England with Andrea enjoying all types of snow related activities. In addition to East Coast skiing, Dennis and Andrea planned many trips out West frequenting places like Vail, Steamboat, Park City, Jackson Hole and many more.  Dennis and Andrea finished out the 2021 winter season and were planning to return to New Hampshire in December.

Their love of the outdoors took them to Frisco, NC where they purchased their second home. The early days saw windsurfing and kayaking right on the sound that was outside of their back door.  Later years were filled with parties with friends, gardening and enjoying the peaceful life of living on the water.

Son of the late John and Beatrice (Cellini) Schmidt.

In lieu of flowers, memorial donations may be made to: MDS Foundation at: http://www.mds-foundation.org/donate

Share Your Memory of
Dennis
Upload Your Memory View All Memories
Be the first to upload a memory!
Share A Memory