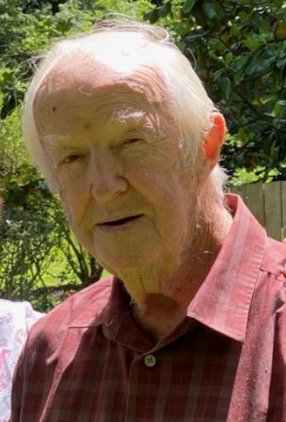 Frank Ferry, age 93, of Middletown Twp., Media, PA, formerly of Upper Darby, PA, died Tuesday, July 27, 2021.  Frank was born in Philadelphia, PA and was a graduate of South East Catholic High School.  He was a U.S. Navy Veteran, serving during the Korean War.

Frank was an Electrician for 32 years with General Electric at 32nd & Chestnut Street, Philadelphia, PA.

Frank was a parishioner of the Church of Our Lady of Charity, Brookhaven, PA.  He was a volunteer with Meals on Wheels throughout Delaware County.  He also volunteered with the Tyler Arboretum, where he enjoyed walking, the wildlife and especially watching the birds.

Frank had a wonderful sense of humor and will be greatly missed by all those who were fortunate enough to know him.

Son of the late Edward and Bridget Ferry; Husband of the late Marge Andrien Ferry, who died in 2005; Brother of the late Danny, Mary, Cassie and Charlie.

Grandchildren: Tim (April) and Kristen (Will)

Funeral Mass:  Monday, August 2nd at 11:00AM at The Church of Our Lady of Charity.