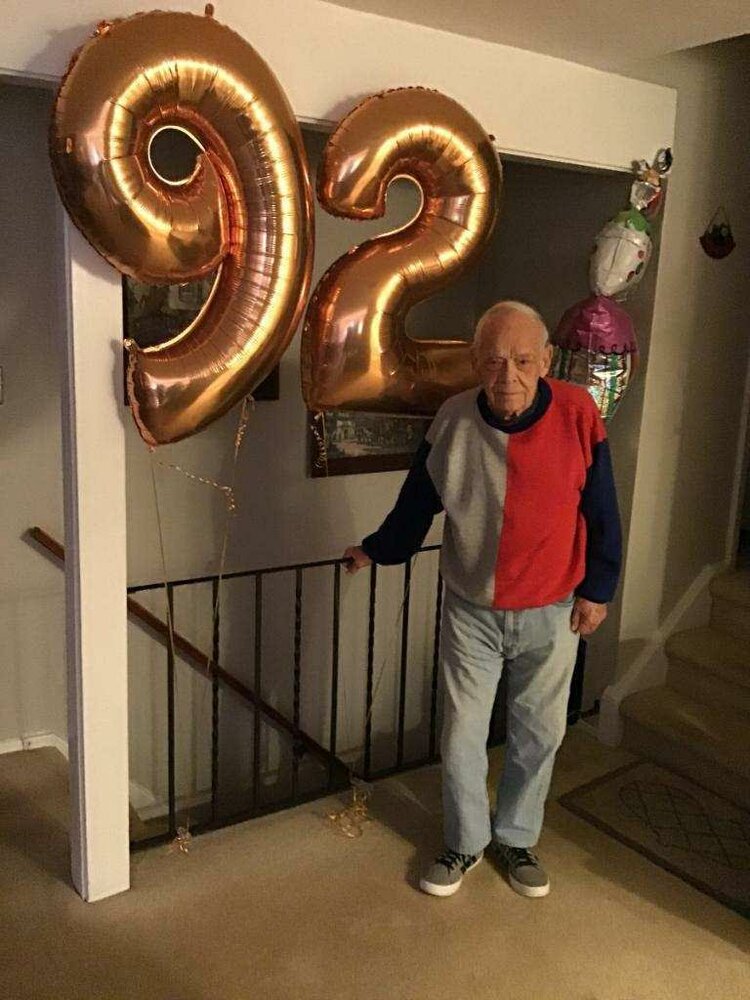 David R. Bonebrake, age 92, of Media, PA, formerly of Clinton, Iowa, died Saturday, August 21, 2021.  David was born January 5, 1929 in Clinton, Iowa and was a graduate of Clinton High School, Class of 1947. Dave also graduated from the University of Iowa.  He was an Underwriting Superintendent with State Farm for more than 30 years, retiring in 1992.

Dave was an exceptional athlete playing football, baseball and winning the State Championships for swimming and diving in high school.  Dave continued his love of sports, including playing golf and participating in the State Farm softball team.  He enjoyed traveling and camping with his wife, Janice. They especially enjoyed camping in Canada.  Dave liked to play Bridge and looked forward to his lunch hour at State Farm when he would play Bridge with the guys.

He cherished spending time with his grandchildren and great-grandson, who affectionately called him Papa.

Share Your Memory of
David
Upload Your Memory View All Memories
Be the first to upload a memory!
Share A Memory