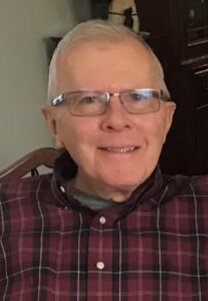 Thomas J. Archer, 72, of Chadds Ford, formerly Glen Mills, passed away on December 15th, 2021 after a valiant battle with Alzheimer’s.

Tom was born in Philadelphia and attended West Catholic High School and Bartram High School.  He was predeceased by his father, Thomas Archer, Sr. and mother, Margaret Archer (née Halloran).

Tom served in the US Navy as an Aviation Electrician during the Vietnam War. He was stationed at DaNang Marine Base at the onset of the Tet Offensive and also on the aircraft carrier USS Ranger.  He was a proud veteran.  Tom was a member of the VFW Media Post and formerly the Norwood Post.  He was also a member of the American Legion and served as American Legion Post 93 Commander.  Tom served on the board of directors of the Pennsylvania Veterans Museum and was a Veterans Service Officer (VSO) at the Delaware County Office of Veterans Affairs.

Tom was a skilled carpenter, ham radio operator, and loved to cook and entertain.  He will be remembered for his friendly, gregarious nature and easy laugh.  He was a devoted, loving husband, brother, and uncle.  He is survived by his loving wife of 35 years, Kathy (née Roach), sisters Jeanette Landis (currently a resident of Texas) and Regina Wallace (currently a resident of Moscow, Idaho), brothers-in-law A.T. Wallace, Philip E. Roach (Linda), Bruce Roach (Elizabeth Fitzgerald), and many adoring nieces and nephews.

A memorial service will be held on Monday, January 17th, 2022 at the Minshall Shropshire-Bleyler Funeral Home, Ltd., Middletown (Rte. # 352) and Knowlton Rds., Middletown Township, Media, PA 19063 (610-876-4213).  The visitation will begin at 10am with the memorial service following at 11am.  In-lieu of flowers, the family requests donations be made to: Alzheimer’s Association (ALZ.org), or Rags to Riches Animal Shelter (Aston, PA), or the Pennsylvania Veterans Museum (Media, PA).

Share Your Memory of
Thomas
Upload Your Memory View All Memories
Be the first to upload a memory!
Share A Memory