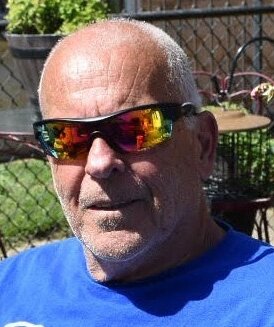 Get Directions
Saturday
14
May

Get Directions
Saturday
14
May

Ralph Craig McKinley, age 80, of High Meadow, Middletown Twp., Media, PA, died Saturday, May 7, 2022 at home.  Craig was born February 23, 1942 in Upland, PA. Craig was a graduate of Media High School, Class of 1960, where he was Class President for all four years.  He attended Dickinson College from 1960-1963, where he was a member of Kappa Sigma Fraternity, and then graduated from Widener College in 1970.

Craig was employed by Sun Oil Company for 10 years.  He worked as a Mail Carrier from 1972-2006 in Folcroft, PA, which allowed him to participate in sports year round.  He was a former member of Siloam and Mt. Hope United Methodist Churches and a current member of St. John’s Episcopal Church in Concord, PA.

Craig was active in the High Meadow/Knowltonwood Neighborhood Association for many years. He was the treasurer for 10 years.

Craig was devoted to the Chester Chapter of PIAA Football Officials.  He was Chapter President: 1986, 1987, 1988 Seasons and Chapter Vice President for 1985 Season.  He was the recipient of the 1997 Joseph J. Barrett Memorial Award and the 2017 Chester Chapter Founders Award. Mr. McKinley was a member of the Chichester/Sun Valley Thanksgiving Day game crew for more than 20 seasons.  He was assigned varsity JV games in Del Val League for more than 20 years and former Del Val Youth League Assignor.  He was a long-time member of District 1 playoff officials’ selection committee. Craig was selected to work PIAA championship games, state softball final, minor league football championship games and several area touch football leagues.  He was the clock operator for years at Glen Mills School and Marple Newtown High.  He officiated a number of girls basketball district tournament games over the years and assigned junior high/middle school league basketball games for many years, as well as PIAA volleyball and softball assignor and former lacrosse official.

Funeral Service: Saturday, May 14th at 11:00AM at Mt. Hope United Methodist Church.

In lieu of flowers, memorial donations may be made to:  American Cancer Society, www.cancer.org

Share Your Memory of
Ralph Craig
Upload Your Memory View All Memories
Be the first to upload a memory!
Share A Memory