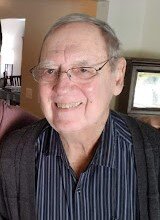 Obituary of Phillip B. Allen

Phillip Booth Allen of Thornton, PA, died Wednesday, June 1, 2022. The only son of Martin and Naomi Allen, Phillip was born in Brooklyn, NY, in 1934. As a child, Phillip had sold newspapers on the street as a newspaper hawker. In high school, Phil wrote, adapted, produced, and appeared in plays, including a production of "Our Town". He applied to both MIT and Trinity College in Connecticut, and while he dreamed of MIT, he knew Trinity would be a more affordable option. He was accepted to both, but his mother only showed him the acceptance to MIT. Phillip attended MIT for 2 years and then served in the United States Army for 2 years, achieving the rank of First Lieutenant. Phil returned to MIT and graduated with a degree in chemical engineering in 1960. After being recruited from a college job fair, Phil began working for DuPont, where he worked his entire career. He continued his work as a consultant for the American Chemical Society for years afterward. Phillip was a long-time member of Resurrection Episcopal Church (formerly Calvary) in Rockdale, a two-time cancer survivor, a puzzle meister, a Freemason, and an accidental collector of Christmas socks.

Despite an often-serious demeanor, Phil did have a light-hearted side. He may or may have not occasionally set off fireworks on the beach in Stone Harbor, NJ, where he loved to vacation with his family. Phil was excellent at trivia, and was a lifelong fan of Jeopardy! He loved science, gadgets, and quizzing his children and grandchildren on the periodic table of elements. He hated peanut butter and spinach.

Phillip is preceded in death by his parents, Martin and Naomi Allen, as well as his beloved wife of 65 years, Joan B. Allen; daughter, Linda J. Granbois; and grandson, Paul M. Allen, II.

In lieu of flowers, memorial donations may be made to:  Resurrection Episcopal Church, 2131 Mount Rd., Aston, PA 19014.

Share Your Memory of
Phillip
Upload Your Memory View All Memories
Be the first to upload a memory!
Share A Memory