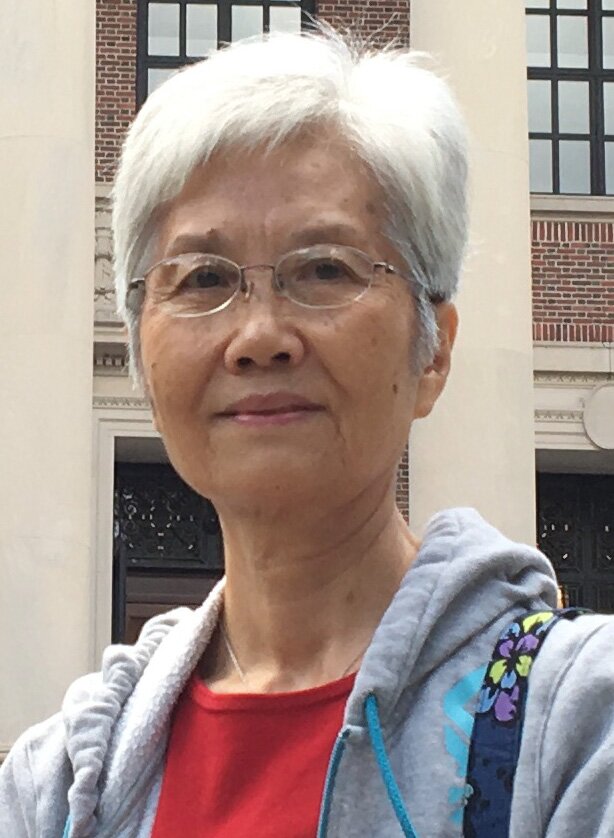 Heying was born on June 13, 1946, and was a graduate of Kong Jiang High School in Shanghai, China, Class of 1965.  After high school, she studied French language, literature and history in Paris, France.

Heying served as an interpreter at the Technology and Engineering Academy of Armored Forces in Beijing, China, in the 70’s. She worked for a joint venture of Chinese Electronics & Glass Co. and Corning Inc. in the 80’s and 90’s, and traveled to the United States on numerous business trips. After that, Heying became the long-time assistant to the Second Secretary of Commerce and a senior trade & investment officer at British Embassy in Beijing until her retirement in 2008.

Her hobbies include reading, shopping and travel.  She was very good at making traditional Chinese cuisine for her family and loved shopping for her granddaughters. She wrote her diary every day. Her greatest joy was traveling with her family to destinations such as Hawaii, Bermuda, Jamaica and Canada, and sharing her travel notes and photos with her friends in China.

Funeral Service: Monday, October 3rd at 10:30AM at the funeral home.

Heying’s family would like to thank the doctors, nurses and staff at Alliance Cancer Center for their treatment of Heying over the past 10 years.  We would also like to recognize the exceptional support she received from her palliative care team. In particular, we are deeply grateful to the nurses and technicians at the East Wing of Riddle Memorial Hospital for their compassionate and loving care of Heying during the final weeks of her life.

Share Your Memory of
Heying
Upload Your Memory View All Memories
Be the first to upload a memory!
Share A Memory