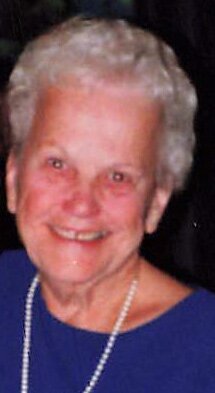 Catherine F. “Kay” Fisher, age 97, of Middletown Twp., Media, PA, died Friday, October 28, 2022 at her daughter’s home. Kay was born in Lynn, MA and had been a longtime Middletown Twp. resident. She was a graduate of Saugus High School, Saugus, MA.  Kay was employed as a secretary for decades at various companies including General Electric, Noyes Insurance, and St. Joseph School. In addition she was a volunteer at Riddle Hospital.

Kay was an active parishioner of The Church of St. Joseph’s, Aston, PA.  She enjoyed knitting, baking and gardening. Most of all, Kay cherished spending time with her family.

In lieu of flowers, memorial donations may be made to: The Holy Family Fund, Holy Family Regional Catholic School, 3265 Concord Rd., Aston, PA 19014.

Share Your Memory of
Catherine
Upload Your Memory View All Memories
Be the first to upload a memory!
Share A Memory