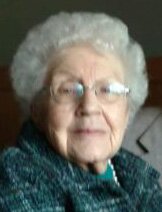 Shirley L. Parris (Nee Lord) age 90, of Brookhaven, PA, Chesapeake City, Maryland, and most recently resided in Coplay, PA, went home to be with the Lord on Tuesday, August 23, 2022.  Shirley was born and raised in Upland, PA, and was a graduate of Eddystone High School, Class of 1950.

Shirley was the Secretary for Upland Baptist Church, as well as a devoted member.  She was the church treasurer, she taught Sunday School and was involved with the Women’s Circle.  Shirley was also the secretary at Middletown Baptist Church.   She continued her service to the Lord by leading the American Baptist Girls, as well as serving as a Girl Scout Leader.

Shirley was the President of the Auxiliary of Crozer Chester Medical Center for more than 50 years, where her commitment to the hospital raised more than $600,000.

She was a part of the Hollywood Beach Ladies Group in Maryland and was known for her famous hot dogs on the holiday celebrations.

Shirley was a person who put her whole heart in everything. She was known for her hospitality to her family, friends, neighbors and neighborhood kids.  She always had her door open for anyone, whether it was a cup of tea or a holiday meal.

She enjoyed planting flowers, crocheting and crafts.  She was devoted to her family and cherished the times they spent together.

Visitation: Tuesday, September 6th after 11:00AM at the Minshall Shropshire-Bleyler Funeral Home, Ltd., Middletown (Rte. #352) & Knowlton Rds., Middletown Twp., Media, PA 19063, where a service will be held at Noon.

In lieu of flowers, memorial donations may be made to: Upland Baptist Church, 325 Main Street, Upland, PA 19015.

Share Your Memory of
Shirley
Upload Your Memory View All Memories
Be the first to upload a memory!
Share A Memory